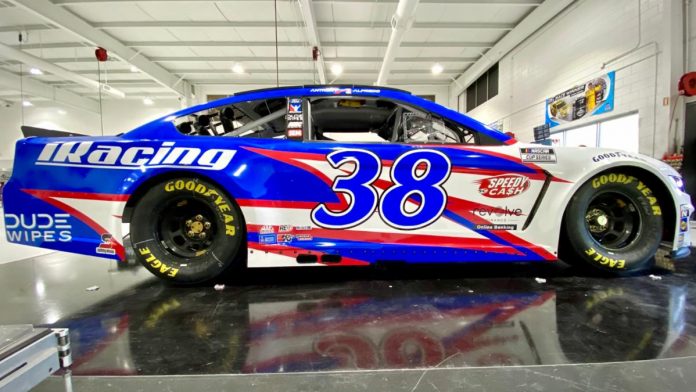 MOORESVILLE, N.C. – iRacing will be the primary sponsor of Anthony Alfredo and the No. 38 Ford Mustang team during Saturday night’s 500-lap NASCAR Cup Series event at Martinsville Speedway. The world’s most popular racing simulation has supported Alfredo in his NASCAR career the past several seasons, but this will be their first supporting Alfredo in the NASCAR Cup Series. “I’m a big supporter of iRacing and it’s awesome to be able to race their colors under the lights at Martinsville this weekend,” said Alfredo. “They have supported me throughout my career, and I’ve been a big fan of what iRacing provides to the esports community.