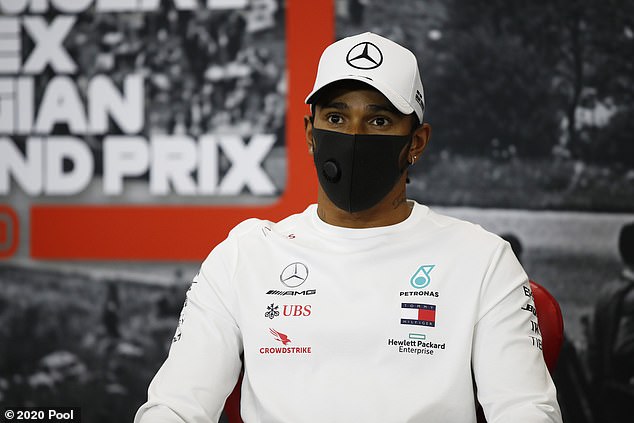 ‘I don’t know if doing something here will particularly have an effect’: Lewis Hamilton will NOT boycott Belgian Grand Prix amid protests in USA over police shooting of Jacob Blake but insists ‘I stand unified with them’

Lewis Hamilton will not boycott this weekend’s Belgian Grand Prix – declaring that his refusal to drive would have little bearing in the fight against racism. A number of top-level sporting events were postponed in the United States on Wednesday, following a series of player-led protests against the shooting of African-American Jacob Blake by a policeman in Wisconsin last week. Lewis Hamilton will not boycott Belgian Grand Prix amid protests over shooting of Jacob Blake. The six-time world champion, the sport’s sole black driver, has taken a knee ahead of every round, and criticised those within Formula One’s white-dominated world of not doing enough to fight inequality. The six-time world champion has taken a knee ahead of every race this season. ‘I have not spoken to anybody about it but I am really proud of so many of them over there in the States and what they are doing within their sports. A number of top-level sporting events have been postponed in the United States.