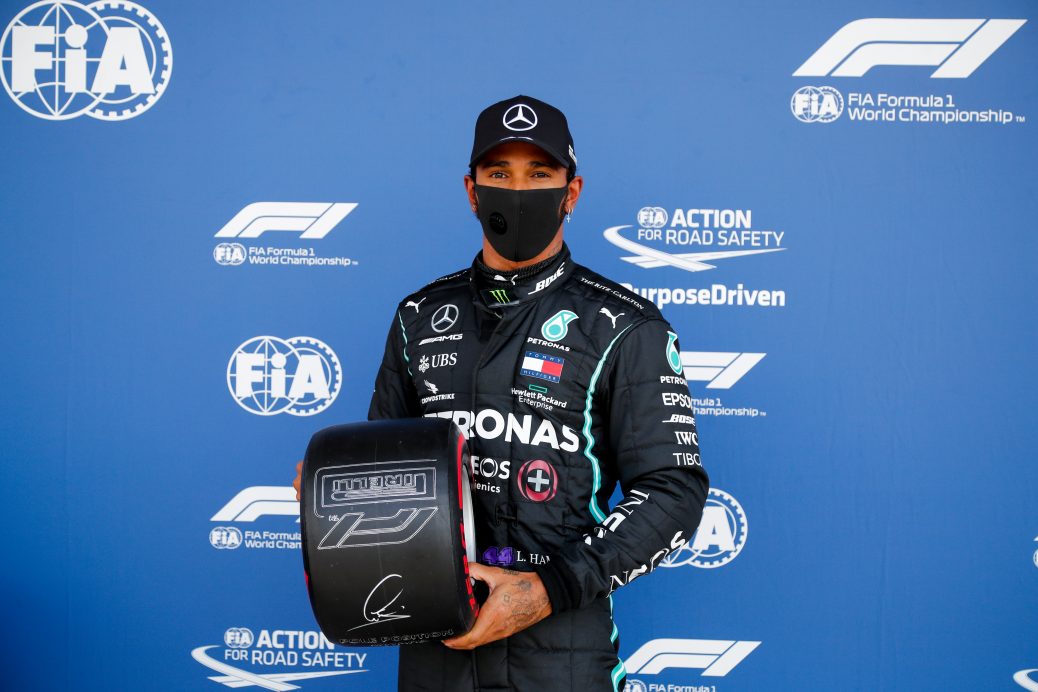 LEWIS HAMILTON will start his British Grand Prix title defence from pole position after blitzing the rest of the grid. The 35-year-old recovered from a spin to set the fastest ever lap at Silverstone – obliterating the track record in the process. “It still wasn’t perfect but still a really clean lap, and the second one even better. Hamilton’s lap time was 1m24.303 – a full one-second ahead of Red Bull’s Max Verstappen, who headed up the best of the rest in third behind Valtteri Bottas. Verstappen said: “You could see early in qualifying that Mercedes were way too fast.