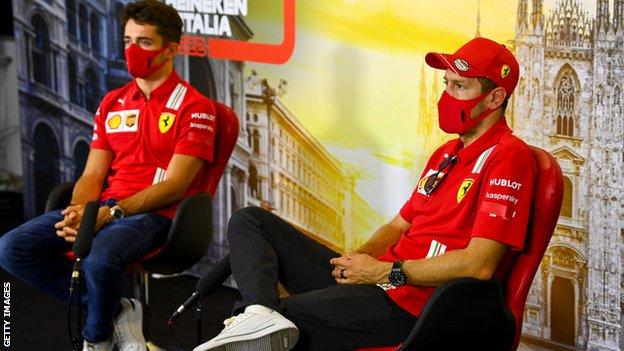 Formula 1 must do more for the environment, says Sebastian Vettel

Ferrari’s Sebastian Vettel says Formula 1 faces “big challenges” to secure its future in the context of the world’s environmental problems. Lewis Hamilton said F1 would “have have to continue moving in the direction of going electric at some stage”. The F1 teams are facing a rule change on engines for this weekend’s race, with a ban on the changing of engine modes. “I find it amusing because [governing body] the FIA said it was so they could manage everyone’s use of the engine but Red Bull said they were pushing for it. Williams driver George Russell, a Mercedes young driver whose team use the German company’s engines, said the move would increase Mercedes’ advantage in a year they area already dominating. “What Mercedes have done to improve the engine to allow us to run a very high engine mode for the whole race is really impressive.