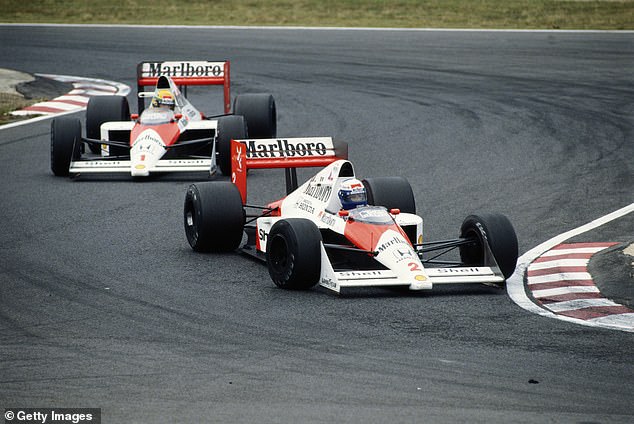 FLASHBACK: Ruthless, resentful and with furious allegations of corruption, Senna and Prost’s title-deciding crash at Suzuka in 1989 – dubbed ‘Malice in Hondaland’ – is a warning from history for Verstappen and Hamilton

Max Verstappen and Lewis Hamilton’s furious battle for the 2021 drivers’ championship title comes down to the final race in Abu Dhabi on Sunday with both drivers level on points. Verstappen, although level on 369.5 points, is ahead as he has more race wins (9) than Hamilton (8). Could he look at Prost-Senna and put everything on the line to take out a rival? The brief was clear for Senna, he had to win the remaining two races. For Prost, he knew he had to do everything in his power to keep Senna behind him. A soaking wet race in Adelaide rounded out the season but neither Prost or Senna made it to the finish. The question is whether something akin to Prost-Senna in 1989 or 1990 will transpire between Verstappen and Hamilton in Abu Dhabi.