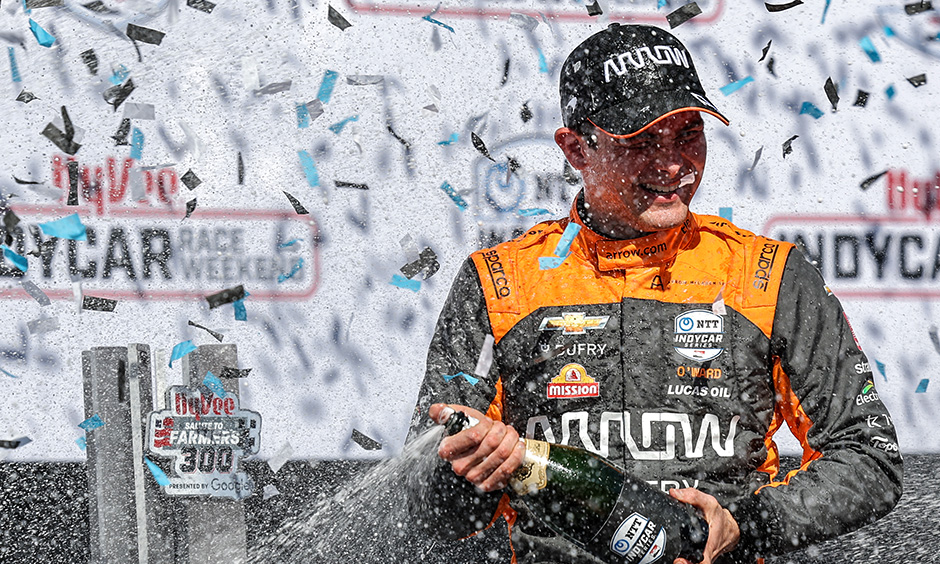 As rare as a doubleheader sweep would have been for Team Penske’s Josef Newgarden – there have only been two such feats in this sport since 1981 — the Hy-Vee INDYCAR Race Weekend at Iowa Speedway nearly had something that’s never happened in this sport: Duplicate podiums. O’Ward went on to win the weekend’s 300-lap second race, beating Power to the finish line by 4.276 seconds for his fourth career series victory. O’Ward led the final 66 laps of Sunday’s race to thwart some of Team Penske’s dominating statistics. Over the past seven races at Iowa Speedway, Roger Penske’s cars have led 1,617 of the 1,950 laps (82.9 percent), with Newgarden leading 920 of them after adding 356 laps over the weekend. Aside from O’Ward, the non-Penske drivers in the field combined to lead 25 laps last weekend. CGR drivers finished fourth, five and sixth in the Sunday race with Dixon (No.