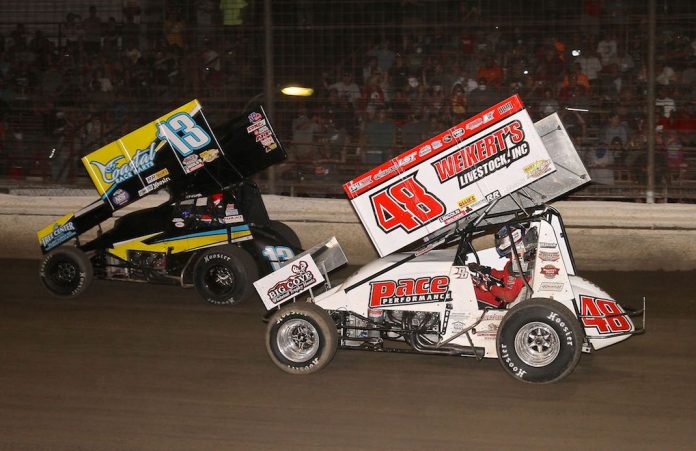 BECHTELSVILLE, Pa. — Danny Dietrich defended Pennsylvania Posse territory proudly on Thursday night and opened the four-day Ollie’s Bargain Outlet All Star Circuit of Champions presented by Mobil 1 swing through the Keystone State with a victory at Grandview Speedway. Reutzel jumped to the early advantage from the pole with Freddie Rahmer, Paul McMahan and Dietrich in tow. A caution on lap 12 gave Dietrich the opportunity to restart on the tail tank of Reutzel. On lap 21, Dietrich made his first bid for the lead, using momentum to blast around Reutzel at the exit of turn two. Not deterred by the move, Reutzel returned the favor on lap 24, also using momentum to blast around Dietrich to reclaim the top spot at the exit of turn two. 49H-Bradley Howard [23] Lap Leaders: Aaron Reutzel (1-20), Danny Dietrich (21-23), Aaron Reutzel (24-34), Danny Dietrich (35,36).