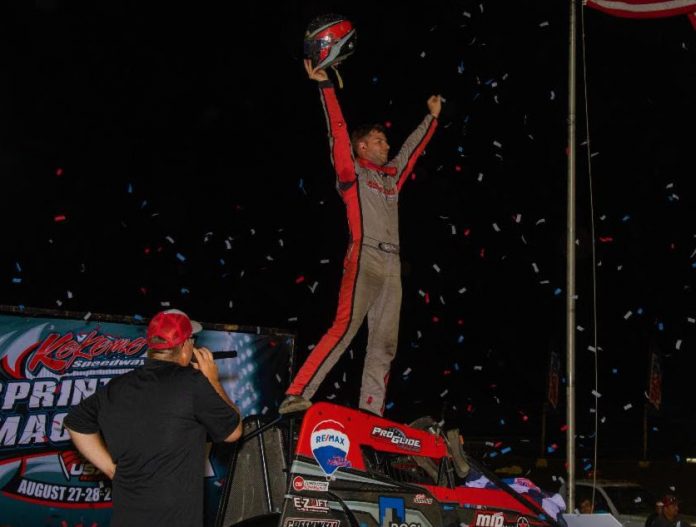 — Kyle Cummins raced from sixth to win Thursday night’s USAC AMSOIL National Sprint Car Smackdown IX opener at Kokomo Speedway. Cummins made his way to second in four laps and took the lead from Tyler Courtney on lap 13. On the 11th and 12th lap, Cummins found a bit of a groove that witnessed him getting a run on the bottom underneath Courtney for the position exiting turn four, ultimately coming up short in his bid by a single car length at the line each time. As Courtney diamonded off turn one on lap 28, he encountered the lapped cars of Damion Gardner and Tyler Thomas in turn two. Cummins’ sight of Bacon underneath him in turn four just before the yellow was a bit of a surprise to him, as it turned out. Under the caution, Cummins made a few final adjustments both on the car and with his approach.