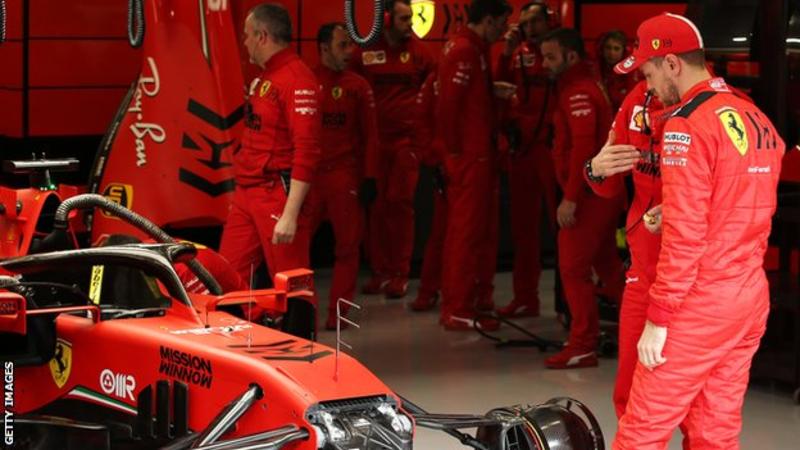 Coronavirus: Ferrari shuts down production because of ongoing crisis

Ferrari has shut down production at its Formula 1 and road-car factories in Italy for two weeks as a result of the coronavirus crisis. Ferrari’s decision comes after the F1 season was suspended following the cancellation of this weekend’s Australian Grand Prix. The Chinese Grand Prix, which had been scheduled to be the fourth event of the season, was postponed in February. The FIA said it hoped “to begin the championship in Europe on 1 May”, which is the scheduled start of the Dutch Grand Prix weekend, the first race after the long-haul events.