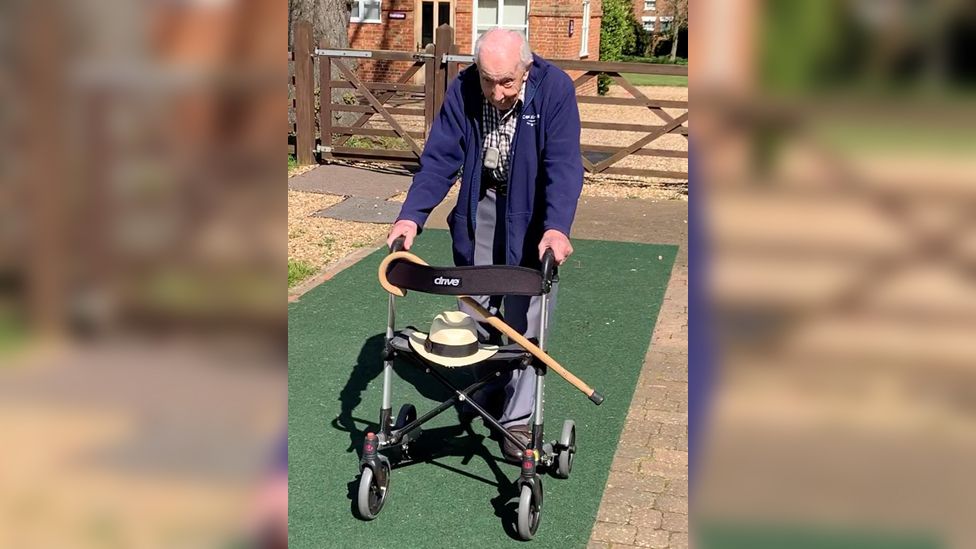 A 99-year-old army veteran who has joined the fundraising fight against Covid-19 is close to “smashing” his £500,000 target. Tom Moore aims to complete 100 laps of his Bedfordshire garden by Thursday, walking with the aid of a frame. More than 22,000 people have contributed funds; he has appeared on TV; and singer and actor Jason Donovan has tweeted him birthday wishes. Mr Moore’s daughter, Hannah, said the amount raised was “almost unbelievable”. “We are completely floored by the amount of support flooding in – it’s just incredible and he is smashing his target,” she said.