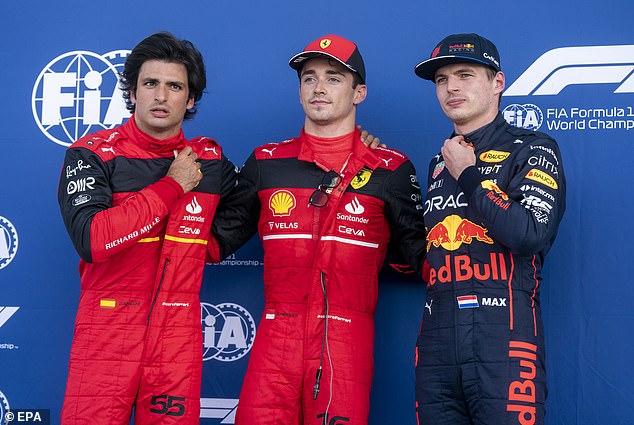 Christian Horner believes the battle for this year’s drivers’ championship will once again go all the way to the finale in Abu Dhabi. After five races, Charles Leclerc in the Ferrari holds a 19-point lead over reigning champion Max Verstappen. Red Bull’s Verstappen suffered two mechanical retirements in the opening three races, but has cut into the Monegasque’s lead with back-to-back wins in San Marino and Miami. Red Bull chief Horner believes his driver Verstappen could face a repeat of the year-long scrap he had with seven-time champion Lewis Hamilton last season. Last year’s championship battle with Verstappen and Hamilton was one of the most fiercely-competed in F1 history, with the pair involved in several collisions on the way to Abu Dhabi. Leclerc and Verstappen so far have avoided the controversy of last year’s battle – though there are still a further 17 races to complete this season. Red Bull’s straight line speed has played into their hands in the last two races, though Horner fears this weekend’s race in Barcelona, could favour Ferrari.