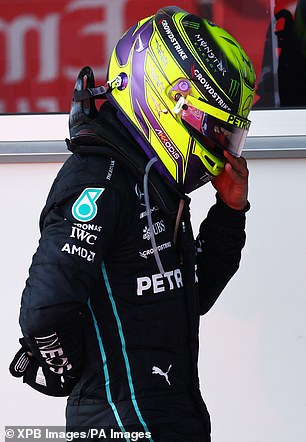 Red Bull chief Christian Horner has accused Mercedes of telling Lewis Hamilton to ‘b****’ as much as possible about the back pain he suffered in Sunday’s Azerbaijan Grand Prix. Horner fears Mercedes are dressing Hamilton’s injury up as a safety issue to force a rule change, which he believes would be ‘unfair’ on teams who spent money to eradicate similar problems with their cars. ‘The easiest thing is obviously to raise the car so a team has a choice to do that,’ he said. ‘You have a choice where you run your car and you should never run a car that is unsafe. But I think that is more for the technical guys because there are certain cars that have some issues and certain cars with very few issues.