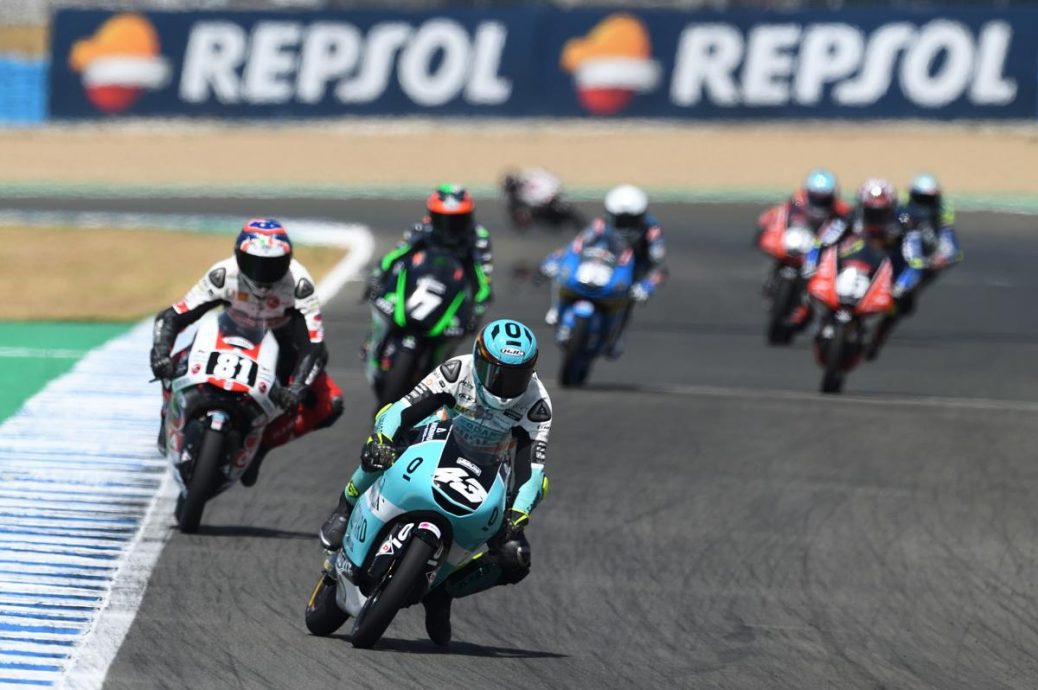 FIM CEV Repsol returned to action in Jerez after more than 6 weeks away from the track! In the European Moto2™ Championship, Yari Montella (Team Ciatti – Speed Up) once again showed that he was the class of the field, taking his 5th win in 5 races in 2020. In the Hawkers European Talent Cup, David Alonso (Openbank Aspar Team) was finally knocked off the top in 2020 after he finished 2nd in Race 2 to maiden winner Marco Morelli (Talent Team Estrella Galicia 0,0), but that was only after Alonso had won the first HETC race of the day earlier on. Speaking of consistency, David Alonso would start the day by taking victory in the first HETC race, but he actually crossed the line in 2nd behind Zonta Van Den Goorbergh (Team SuperB).