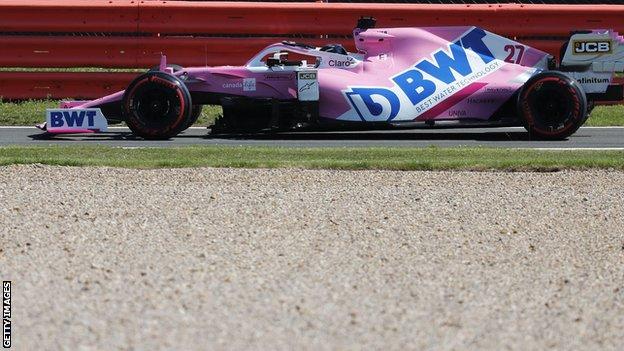 Red Bull’s Max Verstappen headed Mercedes driver Lewis Hamilton in first practice at the British Grand Prix. Verstappen was 0.474 seconds clear of the world championship leader but using a softer tyre than Hamilton, whose team start the weekend as strong favourites. Hamilton took the championship lead for the first time this year with victory in the last race in Hungary, the third of the season, and is looking to extend it over two races at Silverstone on successive weekends. All other Mercedes engines will have the same part fitted at the next race as a reliability upgrade and the team say it should not lead to grid penalties for Hamilton later in the season. He had to stop so Ferrari could repair it in time for this afternoon’s second session.