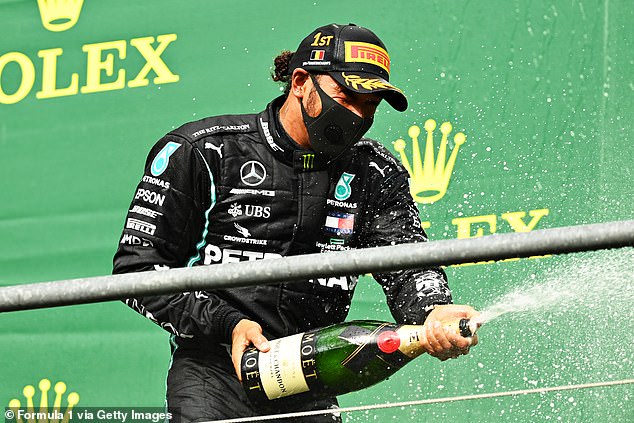 ‘Both drivers aren’t there like me and Valtteri’: Bullish Lewis Hamilton insists he wants ‘more of a fight’ after cruising to Belgian GP win and admits Max Verstappen needs help from Red Bull team-mate Alex Albon