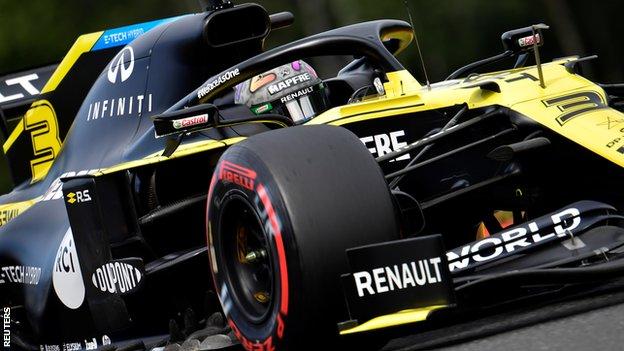 Red Bull’s Max Verstappen was fastest in second practice at the Belgian Grand Prix, with Daniel Ricciardo’s Renault also ahead of the Mercedes. The same is likely to be the case for Mercedes, who have dominated qualifying so far this season and would not be expected to be in third and sixth places. Hamilton, who leads the championship by 37 points after six races, did only one lap on soft tyres on his race-simulation run before a virtual safety car caused by Ricciardo’s Renault stopping out on track with a loss of hydraulic pressure. That one lap by the Mercedes was almost identical to the first time set by Verstappen on his race-simulation run. It restarted but only in time for a final seven minutes of running.