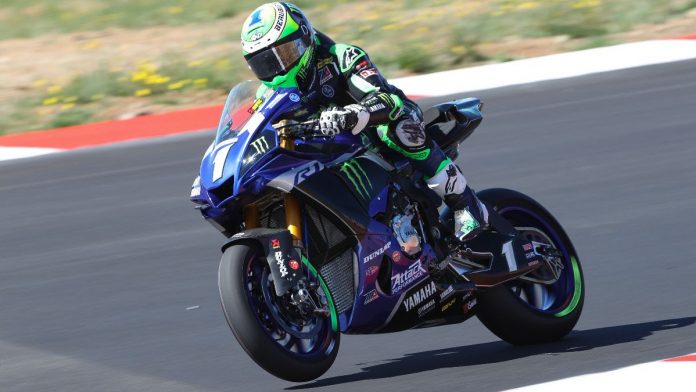 SHELTON, Wash. – Monster Energy Attack Performance Yamaha’s Cameron Beaubier continued his HONOS Superbike season domination Friday in the opening qualifying session at the Ridge Motorsports Park. The championship  leader lapped at 1:40.358 to best the rest by more than a second. Beaubier’s best came on the 14th lap and it was 1.029 seconds quicker than Westby Racing’s Mathew Scholtz, the South African’s fastest lap a 1:41.387. Beaubier’s best was a lap record in MotoAmerica’s debut race at the track in the Pacific Northwest. Third fastest heading into Saturday’s Superpole session was Beaubier’s teammate Jake Gagne. Gagne’s best lap was a 1:42.010 – 1.652 seconds slower than Beaubier.