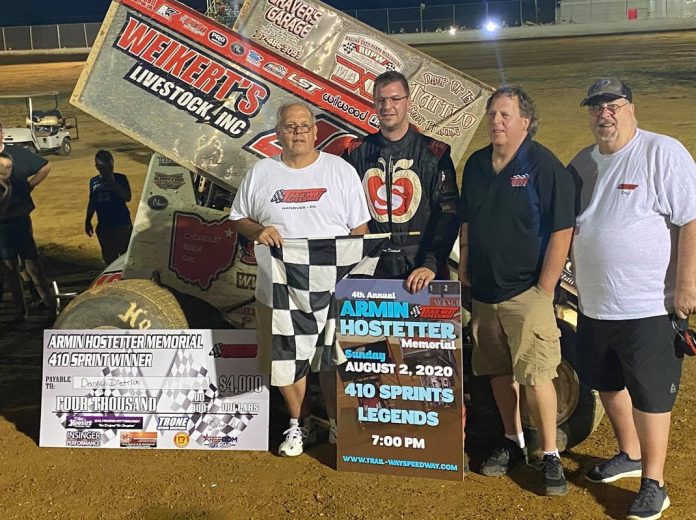 HANOVER, Pa. – Danny Dietrich raced to victory during the fourth annual Armin Hostetter Memorial at Pennsylvania’s Trail-Way Speedway on Sunday night. Dietrich started from the outside pole, raced past polesitter Chase Dietz and ultimately ended up in victory lane for his third win in as many days with the familiar No. The longtime PA Posse standout had already won Friday at Williams Grove Speedway and Saturday at Lincoln Speedway before his Sunday score at Trail-Way’s third-mile, semi-banked clay oval. Todd Gracey crossed the line second ahead of Dietz, followed by Dietrich’s brother, Billy Dietrich. Jason Solwold took sixth, with Dylan Norris, Steve Owings, Tim Glatfelter and Lucas Wolfe completing the top 10.